This homemade BBQ sauce recipe with sweet heat is the perfect, flexible recipe for those days when you’re ready to fire up the grill.

A good BBQ sauce recipe, in my opinion, should be three things: tangy, smoky and sweet. It gets bonus points for a subtle kick of heat that doesn’t overwhelm the entire flavor profile.

This easy homemade BBQ sauce recipe does it all with just 5 ingredients! You only need to let it cook for about 15 minutes on the stovetop, though you’ll definitely get a better flavor if you have the time to let it simmer longer.

This BBQ sauce stores very well in the refrigerator, which means you can save your leftovers for your next culinary adventure. You can use this as a marinade for chicken or other meats, or maybe add a dab into your quesadilla. Cooking up a batch of this sauce makes for a great weekend project so you always have BBQ sauce at your disposal.

No matter what the meal, this flexible, handy dandy BBQ sauce recipe is perfect for those evenings when you’re ready to fire up the grill, but you’re almost out of sauce. Maybe you’re wanting to save some cash, or are just feeling creative and love a DIY. The good news is that homemade BBQ sauce is kinda hard to screw up, and you can make it work with pretty much whatever you’ve got in your pantry or refrigerator.

The base for this recipe is ketchup. I keep a big container in my refrigerator so I always have some on hand for fries, BBQ sauce or other marinades and dipping sauces, like my smoky sriracha ketchup with baked Cajun steak fries.

Brown sugar plays up the sweetness of the ketchup and brings notes of caramel-y molasses goodness to the BBQ sauce, while bourbon whiskey adds a smoky, slightly oaky complexity that has made this ingredient a staple of many incredible BBQ sauce recipes. Bourbon also brings a hint of sweetness, once you cook the alcohol off.

Apple cider vinegar adds a lively and slightly fruity brightness to balance out the heavier components of this recipe. I am a HUGE fan of tang in my food, so if you’re like me, feel free to add an extra tablespoon or two to this recipe. If you add too much, you can always add a little bit more brown sugar and, if needed, ketchup to dilute the flavor.

Chipotle peppers in adobo sauce do double-time in this recipe by adding a smoky heat that won’t scorch your tongue as long as you de-seed the peppers (though you can always add less if you’re concerned about spice). We’ll also use a little bit of the smoky, tomato-y adobo sauce that the peppers are marinated in.

Just in case you haven’t cooked with these peppers before, you can grab a small can of chipotle peppers in adobo sauce in the international aisle of a well-stocked grocery store and store leftovers in a plastic bag or plastic wrap-lined ice cube tray in the freezer. These peppers are jalapeno peppers that have been dried, smoked and drenched in sweet, zesty tomato sauce, and make a fantastic addition to marinades, soups or even oven-roasted salsas.

If you’ve got the extra time, why not up the complexity of your homemade BBQ sauce with a few extra ingredients? Here are some of my faves.

A dash of liquid smoke (especially the hickory kind) or umami-rich fish sauce can be magical in BBQ sauce. I usually like to add a generous squirt of some kind of mustard. Maybe you’ll want to go easy on the brown sugar and make up the difference with some real maple syrup, which is a fantastic complement to the bourbon whiskey and brown sugar.

And then there is the enormous universe of herbs and spices. So many options here. I don’t usually do much other than add a bay leaf, but you might also consider a dash of garlic powder, dried rosemary, lemon pepper or maybe your favorite seasoning blend. If you’re in a pinch, smoked paprika can act as a stand-in for the chili peppers in adobo sauce.

The Key To The Best Homemade BBQ Sauce

Taste as you go. Everybody’s taste buds are different and you are the boss of your own sauce!

Use this recipe as a blueprint, but don’t be scared to add another dash of sugar, vinegar or adobo sauce if that’s what you want. When I make BBQ sauce, I tend to leave most of the ingredients on the counter and add a dash of this and that as the sauce simmers, morphs and matures. (Note that salt and pepper should be added to taste in this recipe, so do what feels right.)

But before you go making noticeable changes, keep in mind that the flavor will improve the longer the BBQ sauce simmers. You might want to wait at least 10 to 15 minutes before you start making tweaks. This also ensures you’ve allowed plenty of time for the alcohol from the bourbon to cook off of the BBQ sauce.

Making BBQ sauce is so easy that I wish I had started making my own years before.

Place a medium-sized pot on medium heat. Add in all of your ingredients plus a pinch of salt and some pepper, then let cook for at least 15 minutes, stirring occasionally. If the sauce starts to spatter, you might want to cover your pot.

After 15 minutes, give it a taste and see what you think. Feel free to adjust as desired. If you can spare the time, turn the heat down to low and let simmer for another hour or two. Whatever extra time you can spare makes a difference! 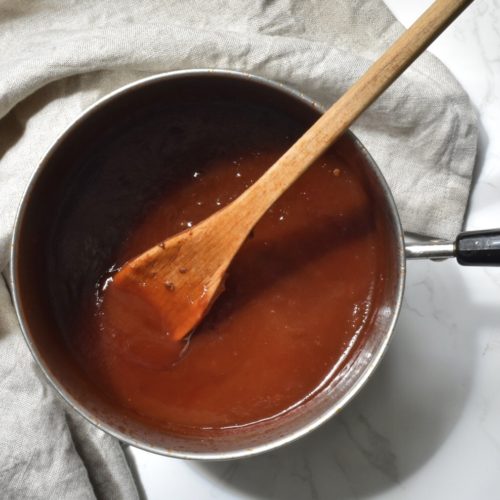 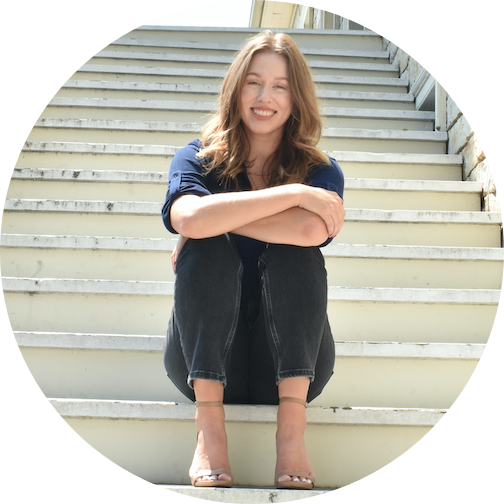